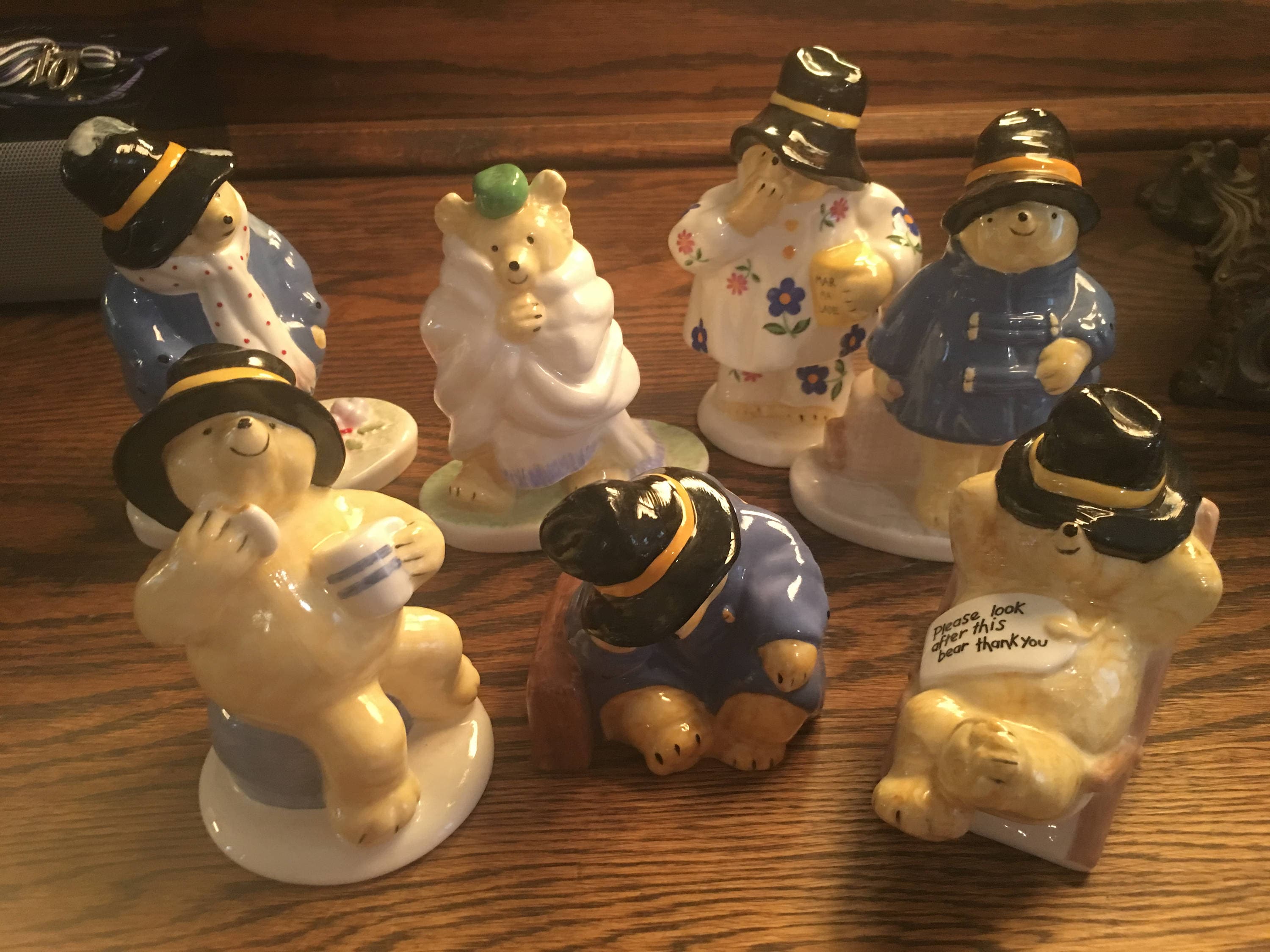 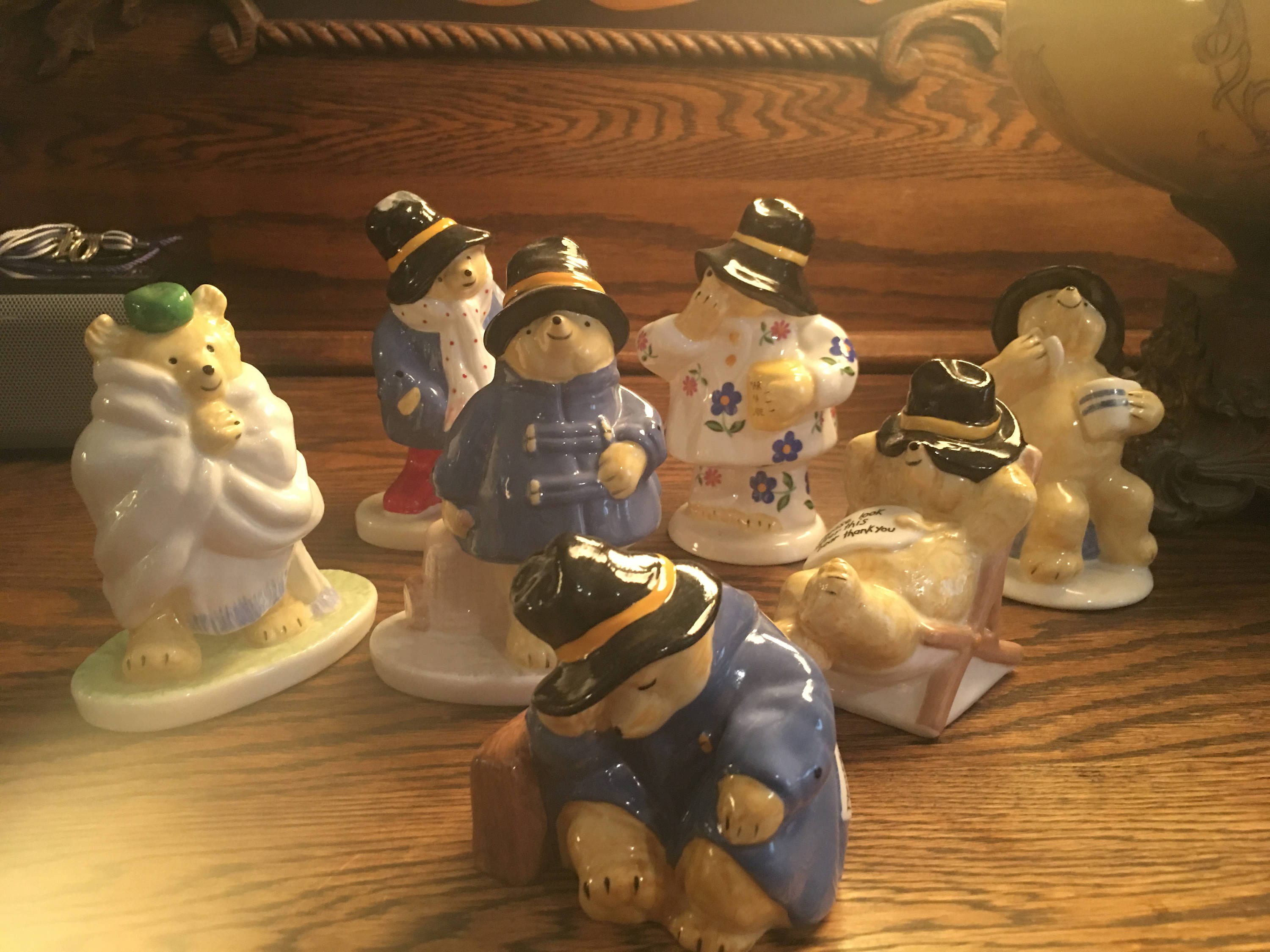 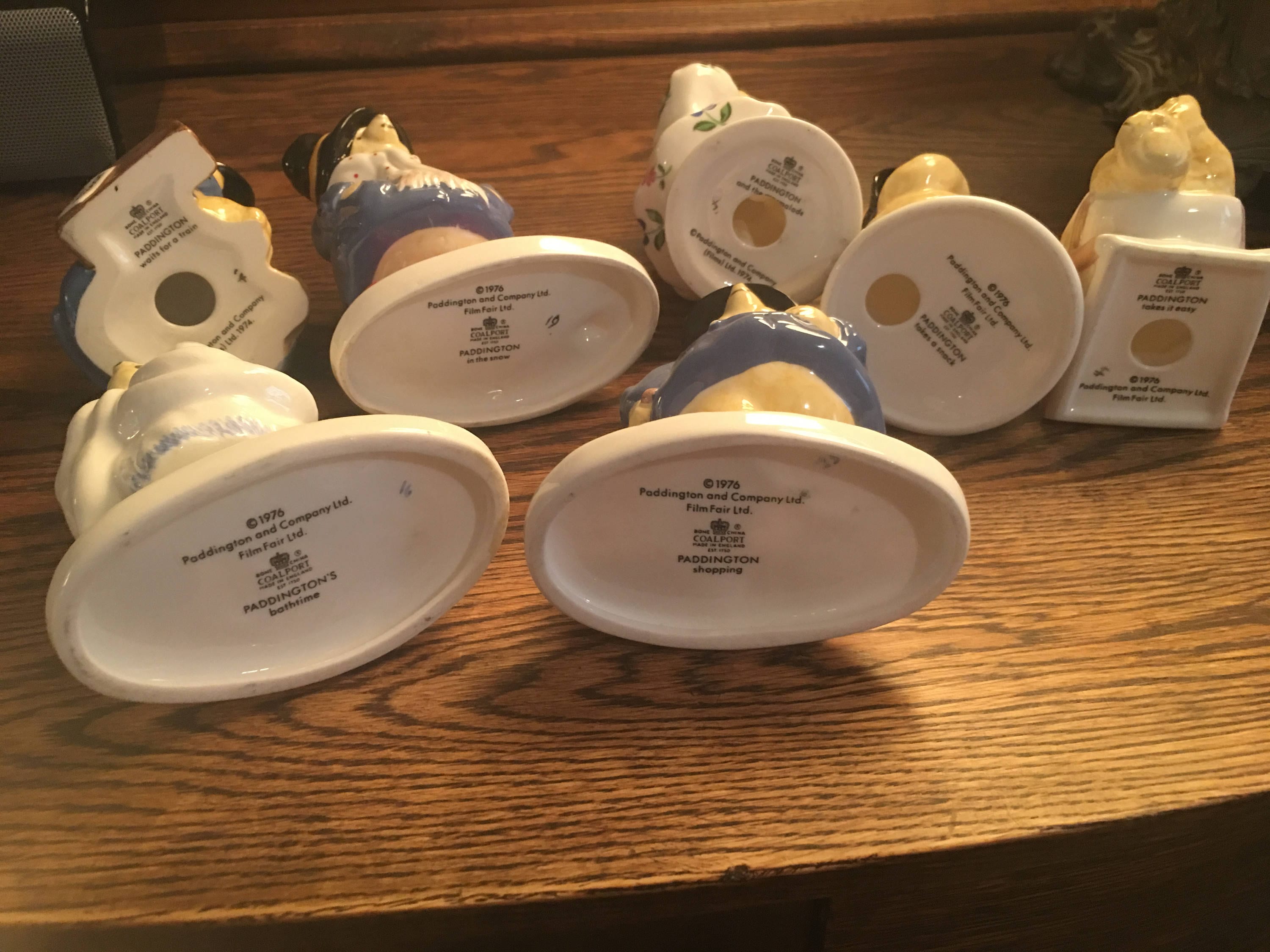 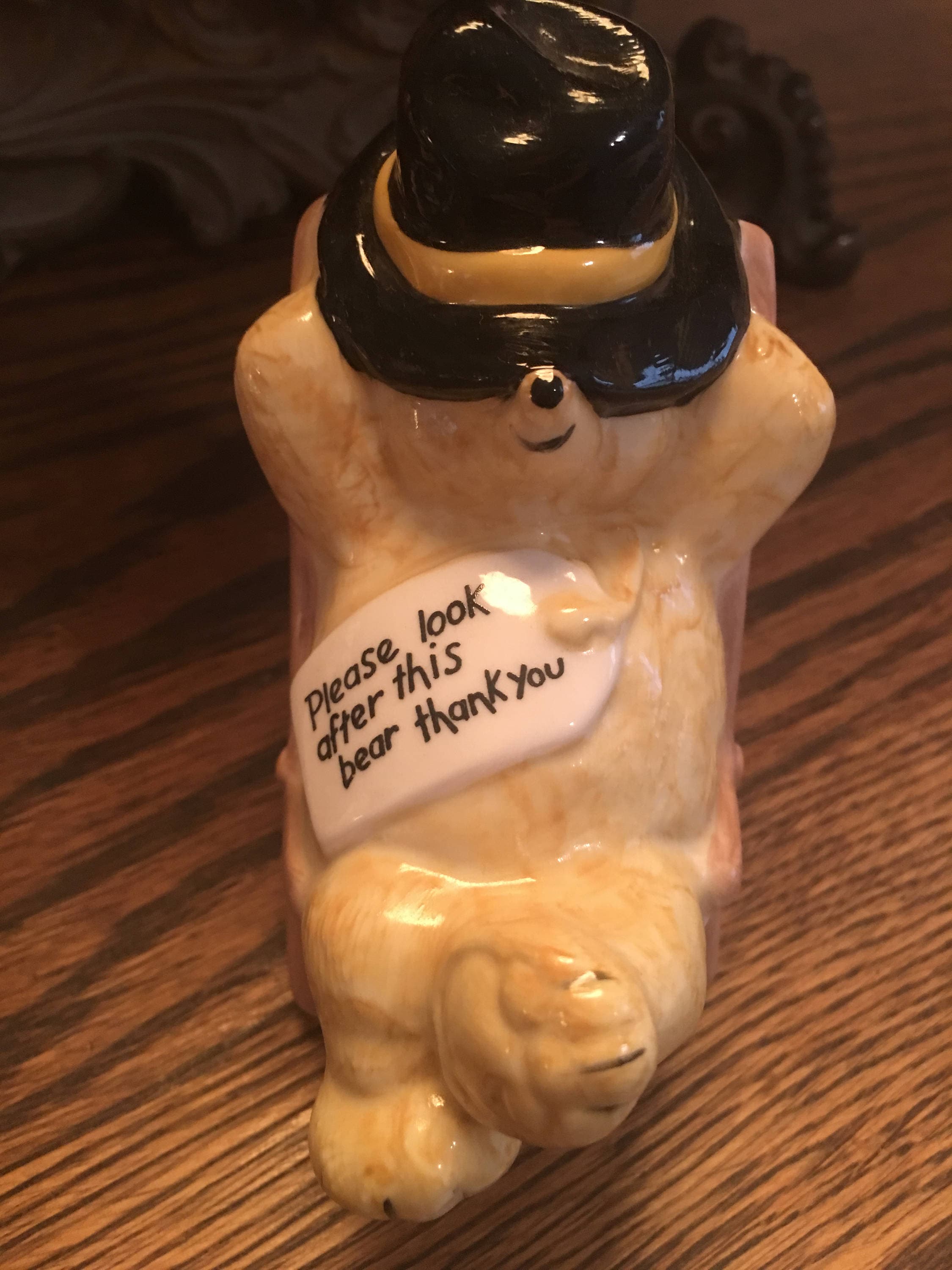 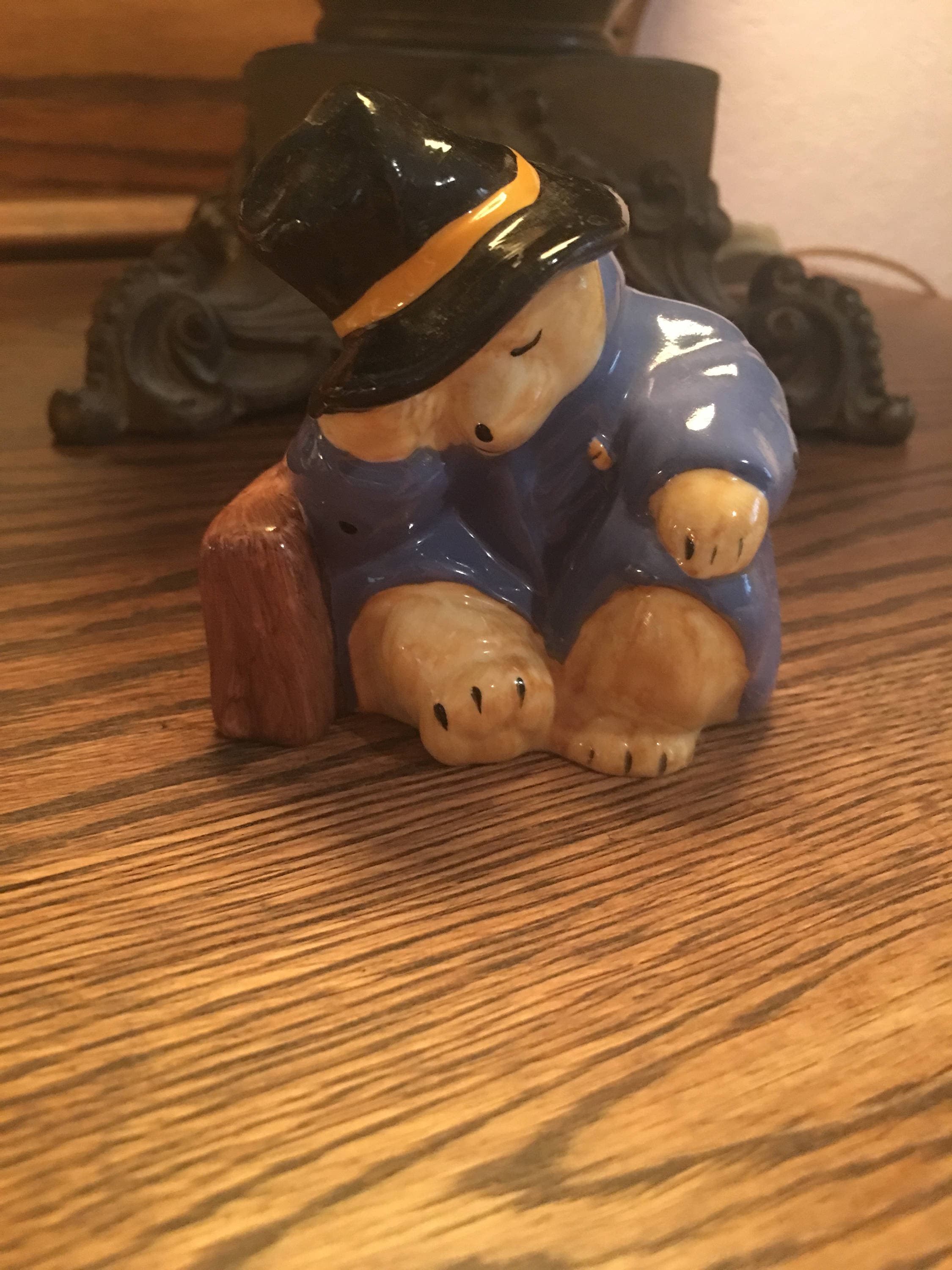 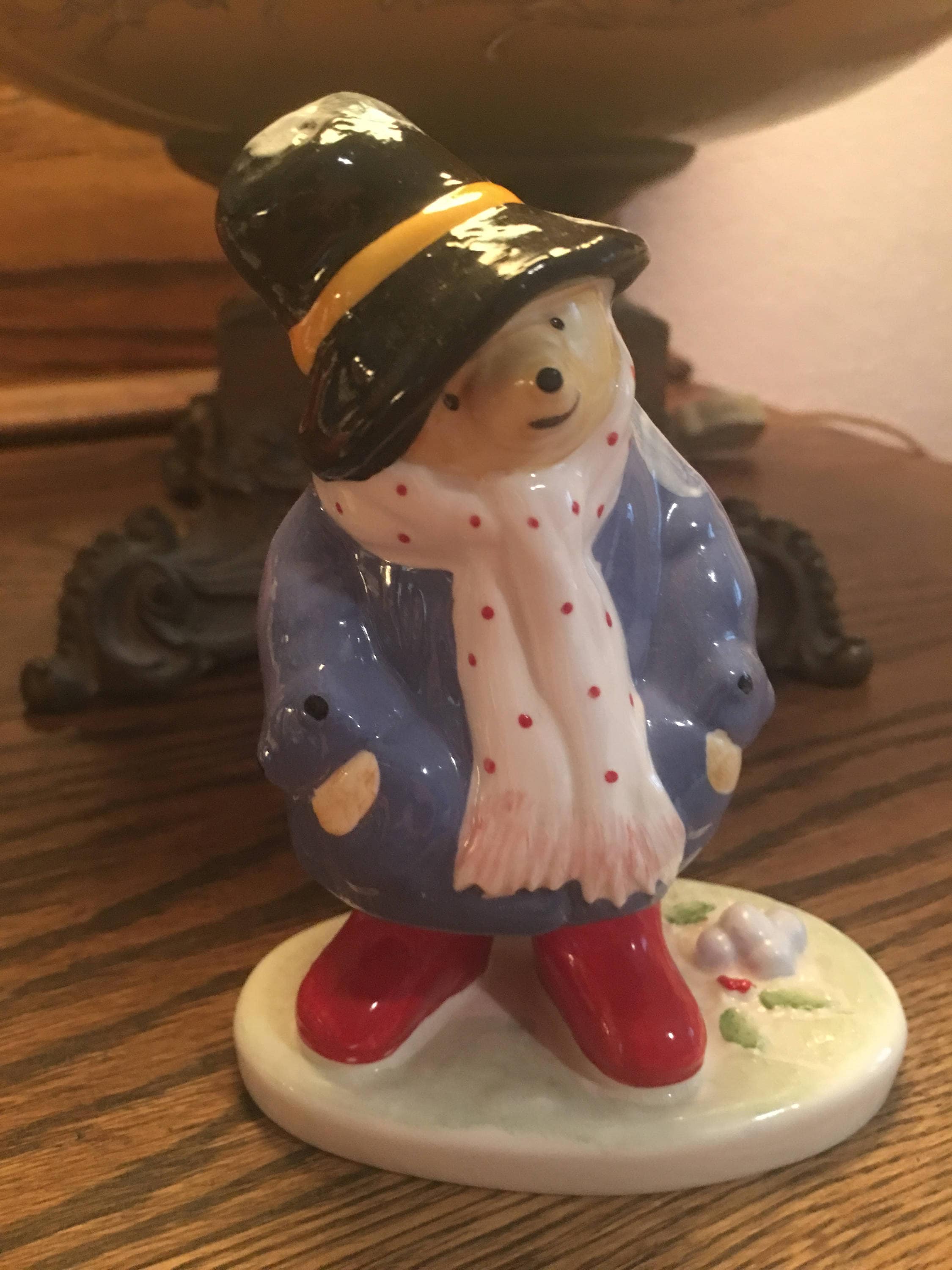 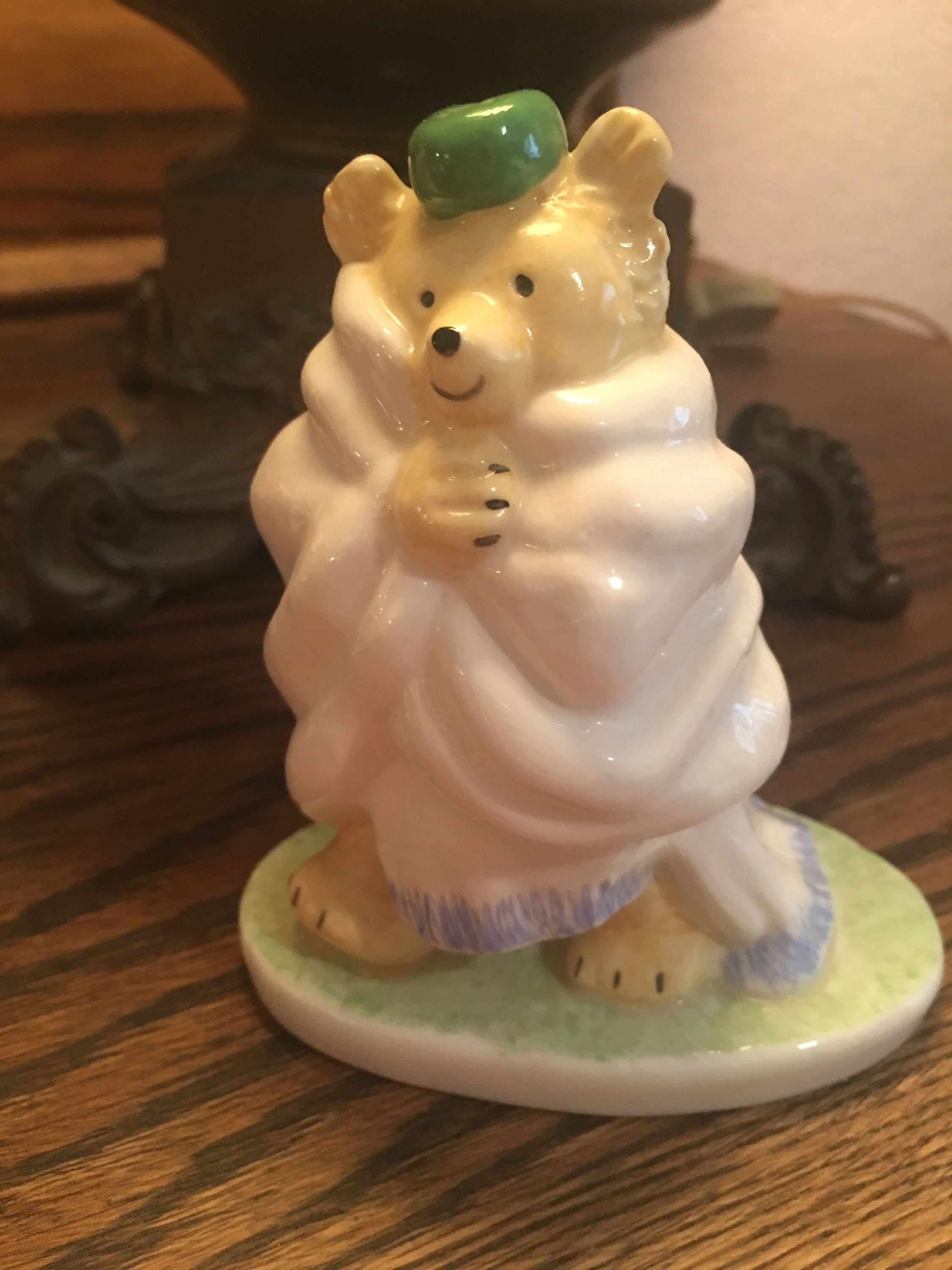 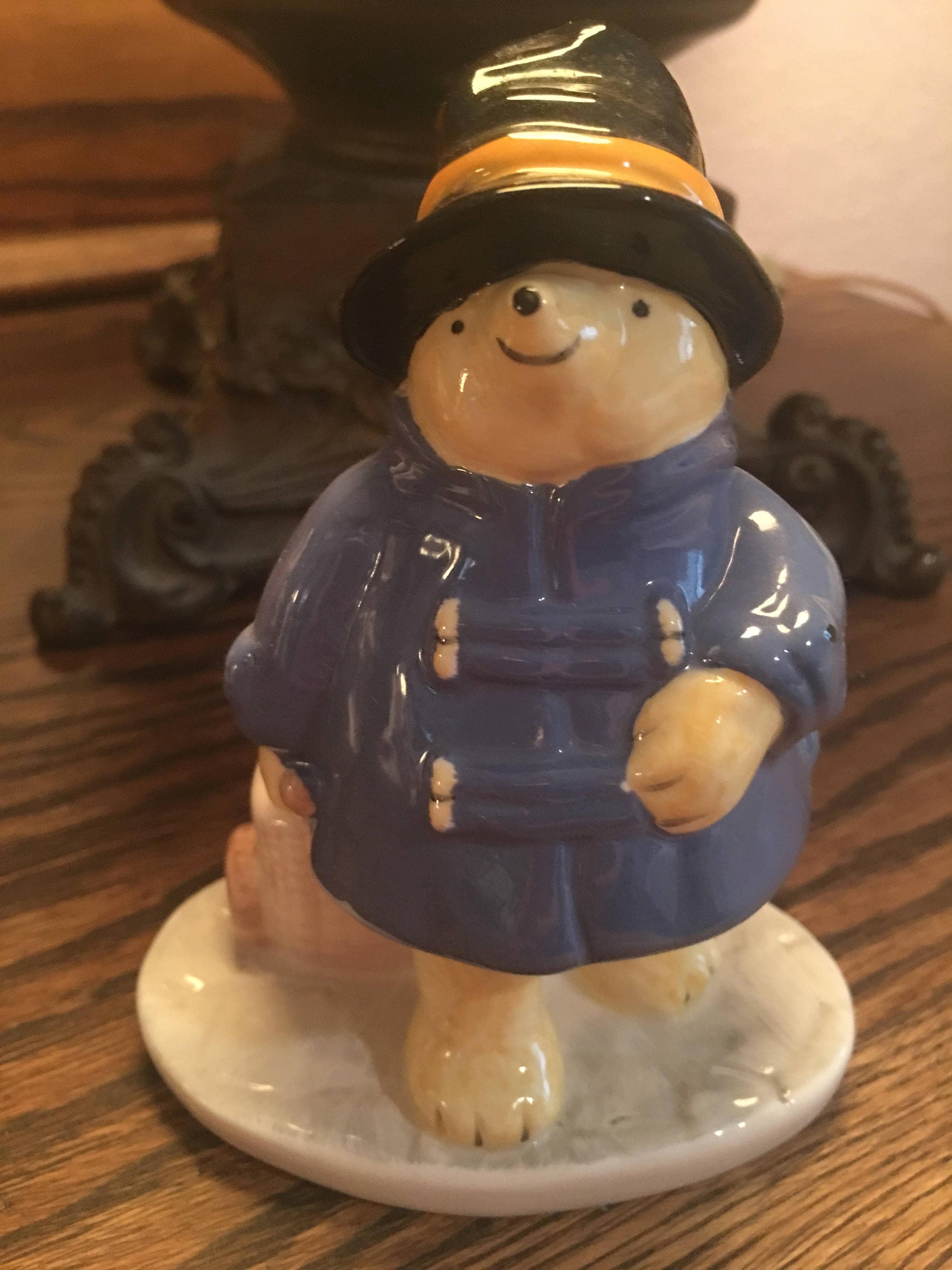 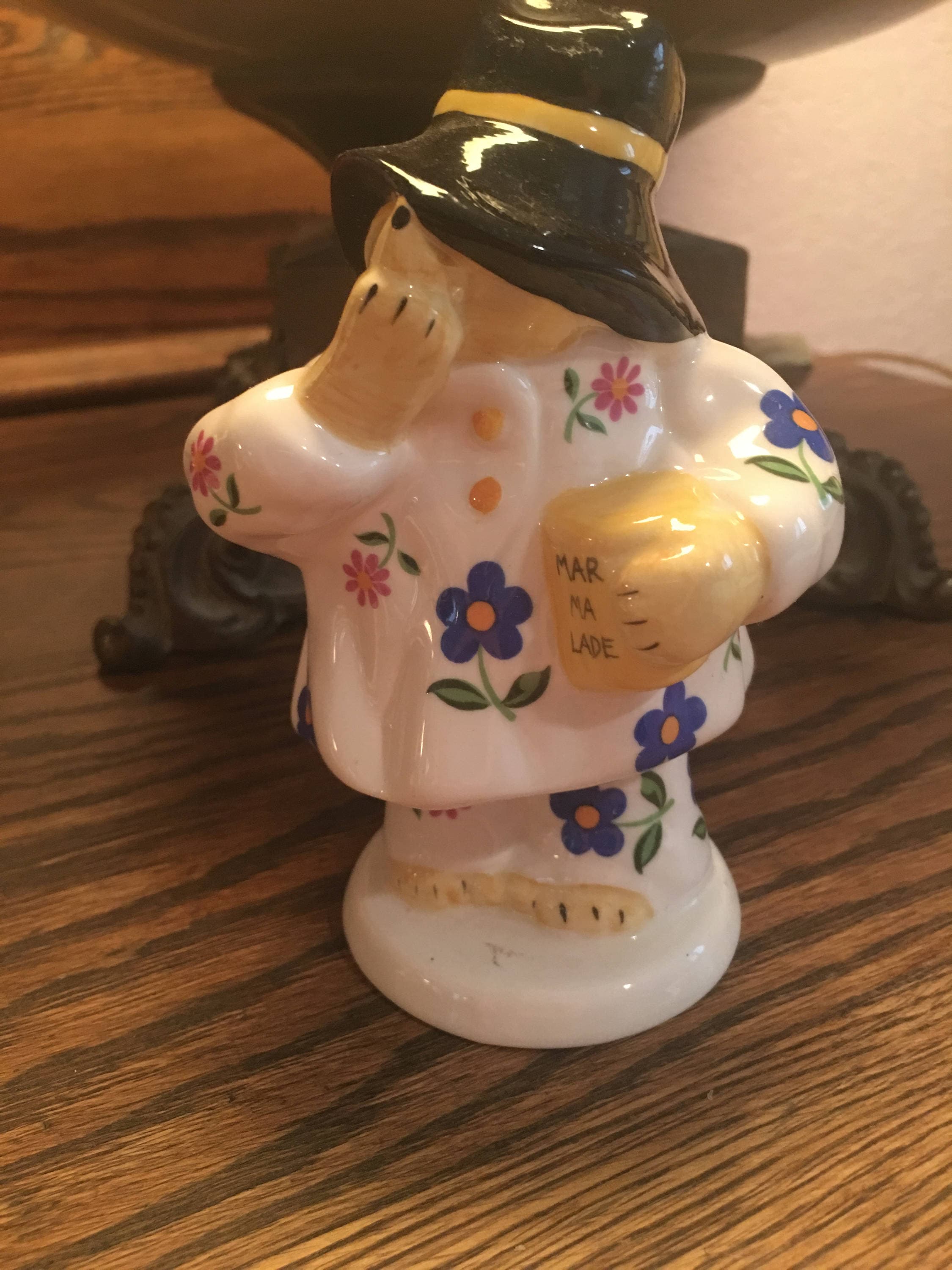 Original Paddington the Bear ceramic figurines. Absolutely sweet as a honey bear can be! Each show the tag on the back, "Please look after this bear. Thank you." (Tag is a ceramic part of the bear, not separate)

A beautiful set for a loving collector. A favorite of the Royal Family! :)

Wiki:
Paddington Bear is a fictional character in children's literature. He first appeared on 13 October 1958 in the children's book "A Bear Called Paddington" and has been featured in more than twenty books written by English author Michael Bond and illustrated by Peggy Fortnum and other artists.[1] The friendly bear from deepest, darkest Peru—with his old hat, battered suitcase (complete with a secret compartment, enabling it to hold more items than it would appear to), duffel coat and love of marmalade—has become a classic character from English children's literature.Paddington books have been translated into 30 languages across 70 titles and sold more than 30 million copies worldwide. A much loved fictional character in British culture, a Paddington Bear soft toy was chosen by British tunnellers as the first item to pass through to their French counterparts when the two sides of the Channel Tunnel were linked in 1994.

Paddington is an anthropomorphised spectacled bear. He is always polite – addressing people as "Mr", "Mrs" and "Miss", rarely by first names – and kindhearted, though he inflicts hard stares on those who incur his disapproval. He has an endless capacity for innocently getting into trouble, but he is known to "try so hard to get things right." He was discovered in Paddington Station, London, by the (human) Brown family who adopted him, and thus he gives his full name as "Paddington Brown". As of June 2016, Paddington Bear and its copyright and trademark across the world are now owned by Vivendi's StudioCanal. Bond, however, continued to own the publishing rights to his series (until his death on 27 June 2017), which were licensed to HarperCollins in April 2017 for the next six years.

Prefer to sell as set, they have been together for a very long time!

As much as I respect the USPS, things happen. Buyer is responsible for the filing and facilitation of a claim, if deemed necessary.

Smoke free home; mine as well as the estate of the collector from which this was inherited.

Please feel free to message me with any questions or concerns. Thank you.

All sales are final. Non-refundable.