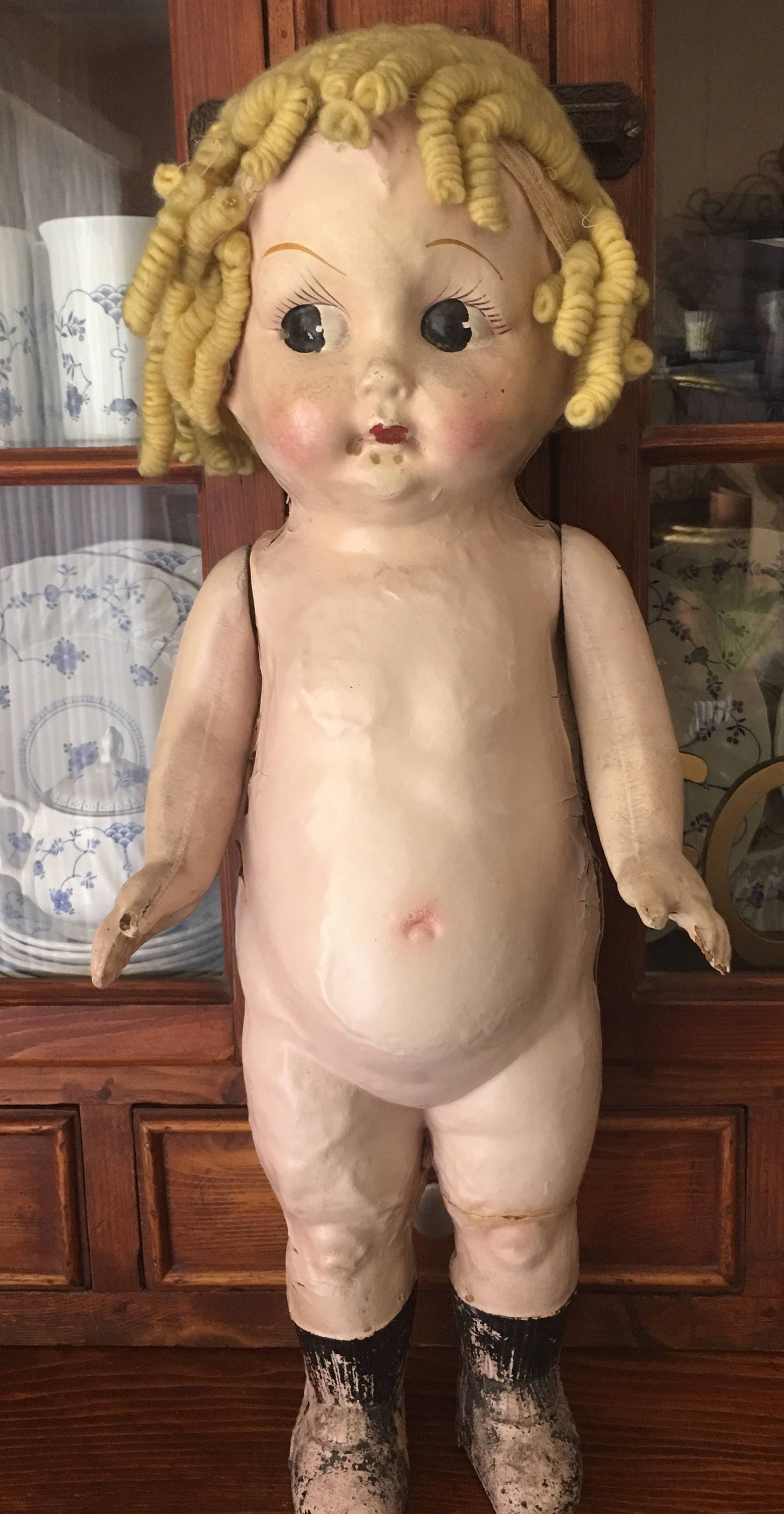 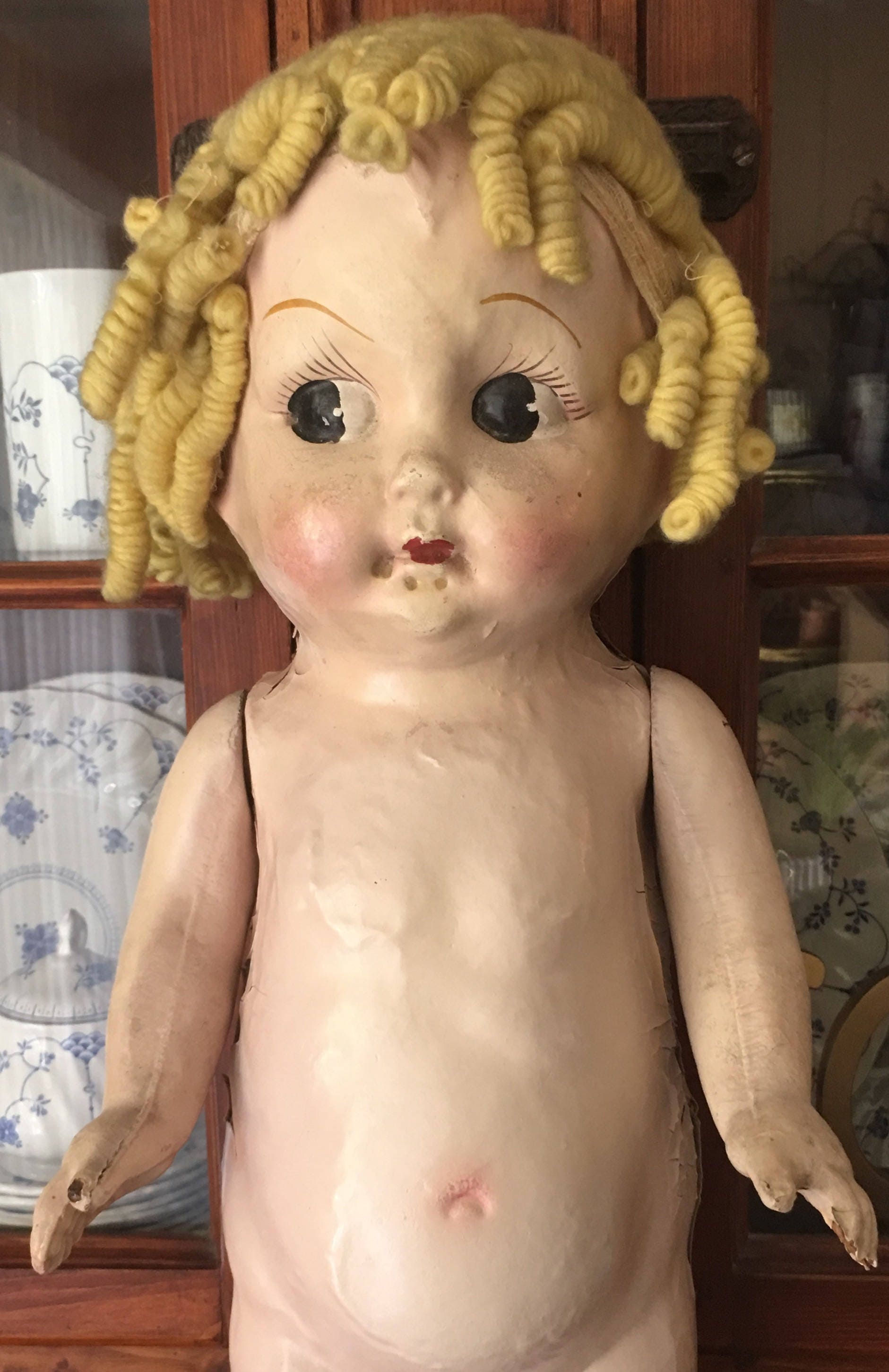 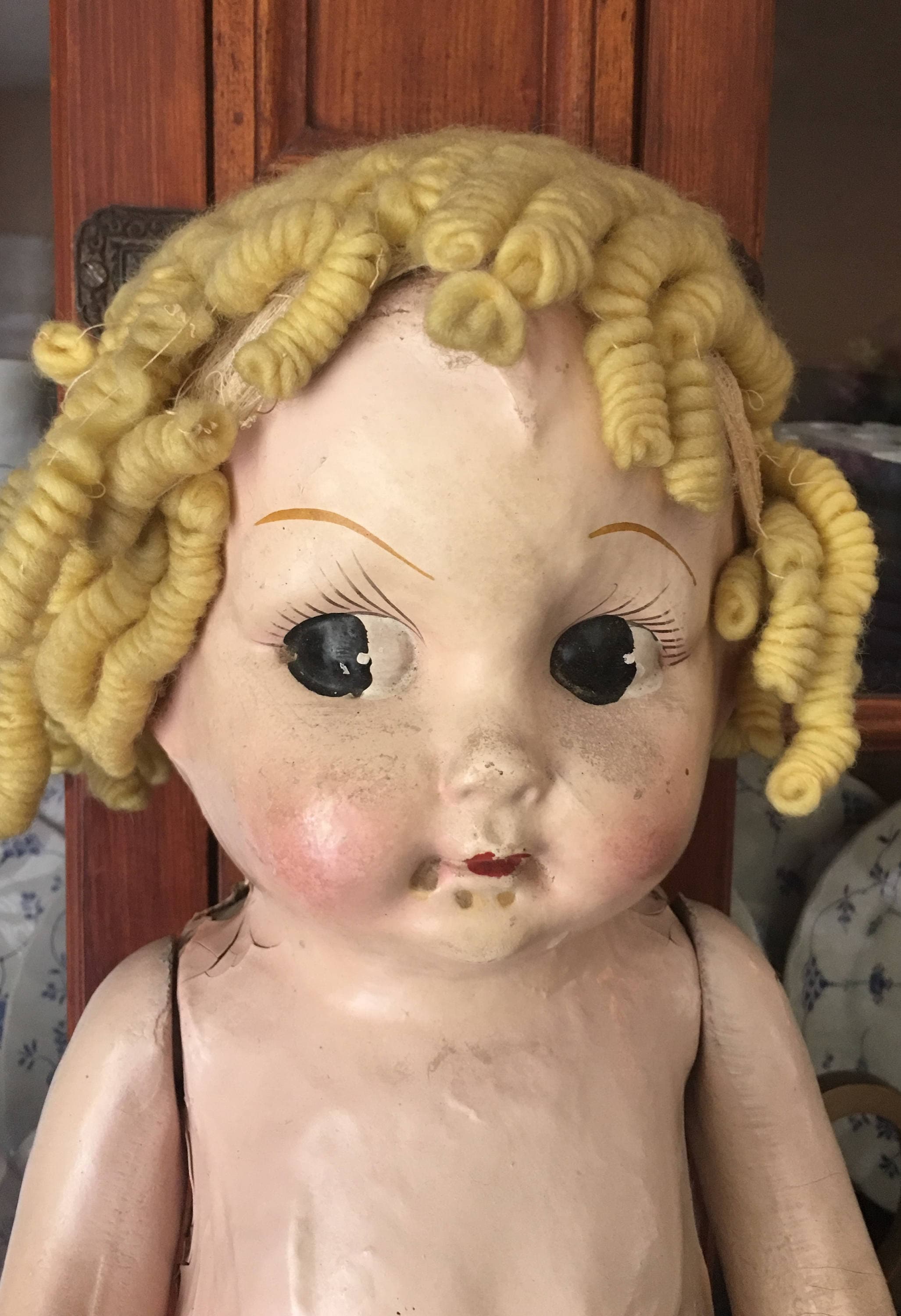 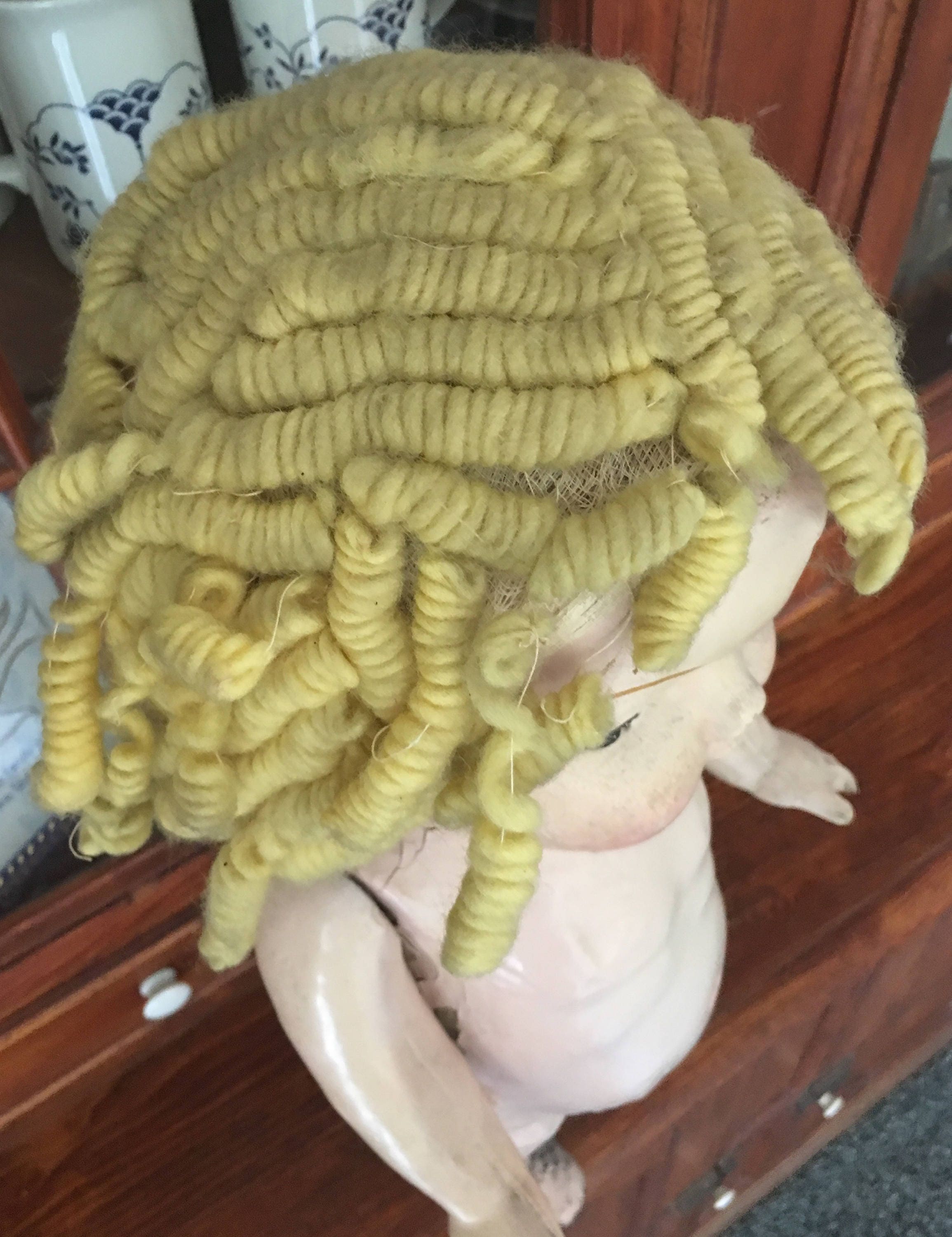 I do not see any markings on this doll, hence the research was a bit challenging. She appears to be a Kewpie, Depression era, with black painted socks and shoes, jointed arms.

Approximately 24 inches tall...the largest I have ever seen like this!!

She is VERY loved, or tattered and a bit cracked. Please use the Etsy zoom in tool for better viewing.
Her arms move, but they are weak, loose. This doll is very, very old. Looking for new home.

Composition and celluloid: 1916–1930s
Rose O'Neill, a Midwest native who had worked as a writer and illustrator in New York City, initially conceptualized the Kewpie as a cartoon intended for a comic strip in 1909. According to O'Neill, the idea for the Kewpies came to her in a dream.[3] The comic, featuring the cherub-faced characters, was first printed in Ladies' Home Journal in the December 1909 issue.[4] O'Neill described the characters as "a sort of little round fairy whose one idea is to teach people to be merry and kind at the same time."[4] Their name, often shortened to Kewpies, derives from Cupid, the Roman god of erotic love.[5] After the characters gained popularity among both adults and children, O'Neill began illustrating paper dolls of them, called Kewpie Kutouts.[6]
Kewpie is a brand of dolls and figurines that were conceived as comic strip characters by cartoonist Rose O'Neill.
After World War I began in Europe, production of the bisque Kewpie dolls moved from Germany to France and Belgium, due to rising tensions after the assassination of Archduke Franz Ferdinand. Around this time, the dolls also began to be produced in the United States, made of composition material rather than bisque, due to bisque's fragility. The manufacturers also began to increase the sizes of the dolls, producing 22-inch (560 mm) versions in addition to the 12-inch (300 mm) versions. The American composition dolls also had the distinctive heart-shaped decal on the chest, reading "Kewpies, des. & copyright by Rose O'Neill." Like the original bisque models, some of the composition Kewpies were also hand-signed by O'Neill, and they all included jointed arms.


Item will be very carefully wrapped and packed in all new materials, USPS, sturdy box from the Post Office, with insurance, tracking number. Signature upon arrival is mandatory. All included in price of shipping and handling.

Smoke free home; mine as well as the estate of the collector from which this was inherited.

For more information, or additional photos, please feel convo me. Price may be negotiable with reasonable offer.

All sales are final. Non-refundable.